Yatinder Singh: A Bodybuilder Who Broke to Rise Again! 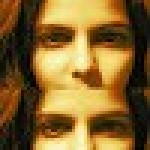 Everyone has a dream to be a painter, writer, poet, sports person and a body builder. Some of them are focused and some are not. There is a line between you and your dream to become successful, this line is your determination. Many of us want to be on the top but we often give up halfway through the journeys due to lack of knowledge and guidance.

Let’s meet, one of the inspirational figures, who never left his dream behind for anything – Yatinder Singh.

Yatinder Singh was born in a small town in Uttar Pradesh to a middle class family on 25th December. Parents want their kid to be successful in a way what they mean. But Yatinder’s parents was super supportive, they allowed him to focus on sports in addition to studies as Yatinder’s interest was in sports and bodybuilding.

His home town doesn’t have good schools or better quality of studies and cultural life. His parents and Yatinder wanted to pursue physical education and hence, they sent him to Kripal Sagar Academy in Punjab.

Back in those days, he was skinny boy, he had a dark skin complexion, for which his relatives kept criticizing him. This was the only reason why his father sent him to the hostel – to keep him away from such negative people. Yatinder did not know that here he would meet the passion of his life.

Now, the journey began towards his dream – to be a bodybuilder.

Yatinder was good at studies but he was more inclined towards sports at the same time, Punjab was the most sports oriented state. He often participated in sports. He was a regular in 100-200 meter races as well as javelin throw. He regularly participated at the district as well as national level in 100 meters. He soon realized that he was not meant to running but meant for something else.

The hostel where Yatinder was staying, there for the first time he started to go to gym. Later, he grew and admiration for bodybuilding and what fueled this growing passion was his cousin, Vitender Singh who was already a star in the world of bodybuilding. At the age of 16 years, he started working out and this marked the beginning of his bodybuilding career.

His first coach was trainer Asad Nafiz. “Asad was loaded with experience and knowledge, he had a great physique and had a great teaching technique” he said.

When Asad Nafiz asked what he wanted to become – In a very confident tone he replied – “One day I’ll become the world champion!”

Asad noticed a remarkable thing about Yatinder right on the first day of training; his forearms were huge and that was an incredible trait for an aspiring bodybuilder.

Just after a year of training, he participated in the inter gym contest and he bagged his first winning shield. This was the thrill that he never felt before. This club contest had filled him with confidence and ambition that he wanted to get on a bigger stage.

When he started preparation of Mr. Asia in 2005 on president’s insistence. He took it seriously and start overworking himself. Days passed away and one evening, while he was working out he got seriously injured due to the negligence of a helping boy. His lower back vertebrae (bone in the spine) had ruptured and this had caused severe injury. This injury rendered his right leg and right hand paralyzed about 30 percent of his body. As a result, he was bedridden for the years.

The biggest down fall: After this incident Yatinder had to stay away from bodybuilding for the next three years. He was demotivated as he could not participate in any matches or events. One evening, he was at his favorite place, where he found all his answers on what to do next, will he still become financially independent? He started working as a personal trainer in a gym in Meerut, Uttar Pradesh. After this, he moved Gurugram in 2008 to grow more financially and professionally and took his first step to become an entrepreneur. He now owns AimFit Gyms, the state of the art fitness facilities in Gurugram.

Apart from being an entrepreneur, here are the following titles he has won and made a mark in the field of bodybuilding. His achievements made him an icon in the industry and his YouTube following crossed 2M recently.

In 2002, he won Mr. Saharanpur title. He impressed everyone with his physique and finally emerged victorious and claim the title of overall champion at the event.

In 2004, he had become a brand himself and during the federation cup, he was competing against the Asia silver medalist, Jagjit and contender feared to such an extent that no one wanted to compete against him.

Yatinder Singh has become a role model for aspiring athletes and bodybuilders, is an influencer to learn from.

Shweta is a travelogue writer, a blogger and a content creator by passion. She loves making people experience her content, the way she does. She is a graduate in mass communication from Arunachal University. She is currently working as a PR executive at Fifth Archer in Delhi. Her inclination towards writing and creating content made her start her own blog and also associate with content companies and media portals.

The Real Gateway to Development – This Time Let’s Vote for Women Safety!